This page should be used in conjunction with our Types of Snare page.

A snare set on a badger path, just metres from a sett – note the badger hair on fence. Such a snare can be viewed as “calculated to cause bodily injury to a Schedule 6 mammal” such as a badger, and is consequently illegal under the Wildlife and Countryside Act (WLCA).

Snares should be anchored otherwise they cannot be checked every 24 hours, and it could be deemed “calculated to cause bodily injury to any wild mammal” – both contrary to the WLCA 1984. However, many gamekeepers still attach snares to logs (drag-poles) as left. Such snares are contrary to DEFRA’s code of practice. 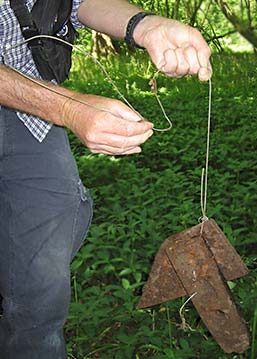 Another type of drag snare, this time anchored to lumps of metal that a fox or badger could drag away. 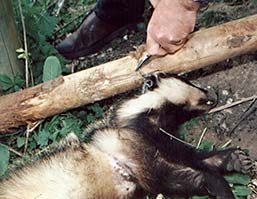 The result of drag snares. This badger died an untold distance from where the snare was originally set. 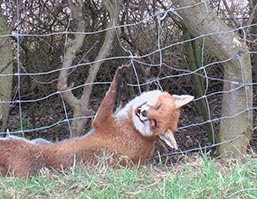 Setting snares on fence lines is common practice. However, it is contrary to DEFRA’s “Code of Good Snaring Practice”. While this is largely useless, it would support a prosecution where a snare strangled or caused real bodily injury. Timing is critical, the Wildlife and Countryside Act 1981 states: “Set in place a snare calculated to cause bodily injury to any wild mammal… and failed to inspect the snare at least once every 24 hours”.

Prosecutors could look to the 1911 Protection of Animal’s Act on the grounds that suffering or death is taking place to a captive wild animal. The Wild Mammals Protection Act 1996 also prohibits “asphyxiation”. So post-mortem via a local veterinary practice is essential, both to determine level of injury, nature of death, and likely length of time the animal has been in the snare. 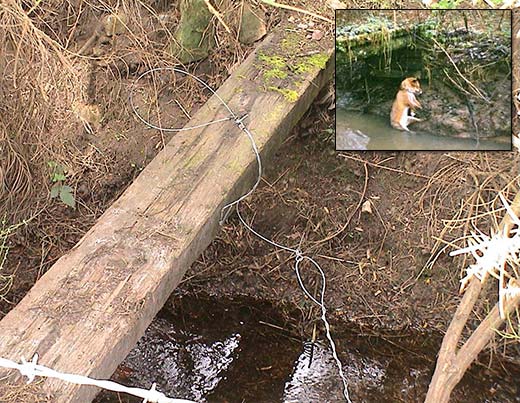 Above: Snares set on bridges, which can lead to the tragic results (inset). Potential offences include “calculated to cause bodily injury to any wild mammal” (under the Wildlife and Countryside Act 1981) and Wild Mammals Protection Act offences related to drowning or strangulation could apply in these cases. 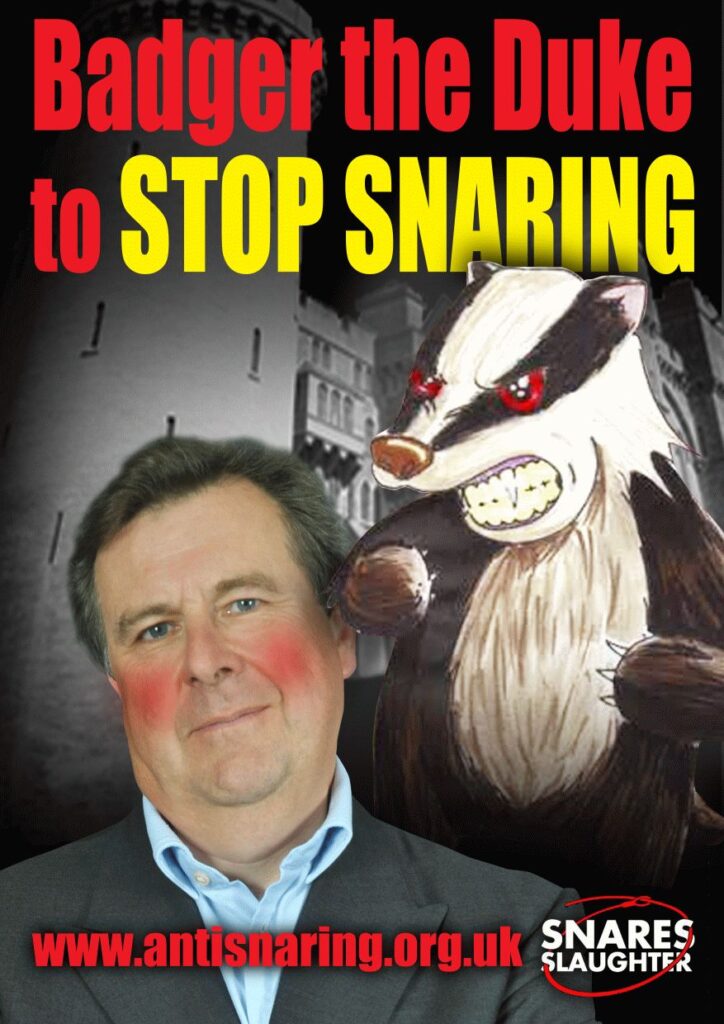 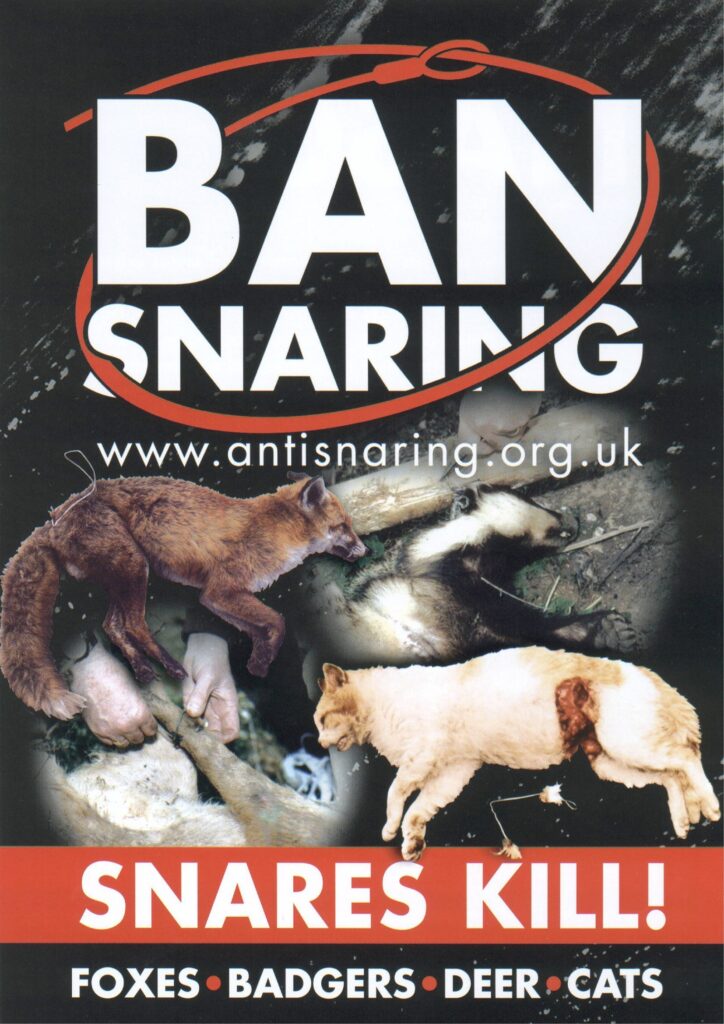