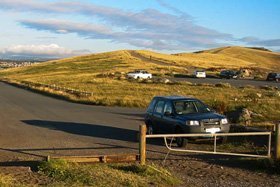 Police warned walkers that illegal snares have been set on the route of a long-distance footpath.

The traps have been found on land crossed by the Cumbria Coastal Way at Workington, where it crosses The Howe near the River Derwent.

Cumbria County Council owns the land and has not given permission for the placement of the snares, as is required by law.

PC John Shaw, wildlife officer for Cumbria Constabulary, said: “We are investigating to find out who placed the snares in the area as it is of great concern that these potentially dangerous contraptions have been placed without the knowledge of the landowners Cumbria County Council.

“Although many of the snares have now been removed, this is not to say that the people or person responsible will not set more snares in the area, so we would like to remind walkers, particularly those who have pets, to take extra care and be vigilant.

“Parents and guardians should also warn their children of the dangers.

“Cumbria County Council is working to remove any further snares that are placed in the area. However, to prevent this from happening again we are urging people to get in touch with any information that may help us find those responsible.”

The snares were found in a field behind the old steel works.

Anyone with information, or anyone who sees suspicious activity in the area, is asked to contact Cumbria police immediately on 0845 33 00 247.

The Cumbria Coastal Way runs for 240km (150 miles) from Silverdale in southern Cumbria to Gretna in Scotland. Cumbria County Council set up the trail in the 1980s.