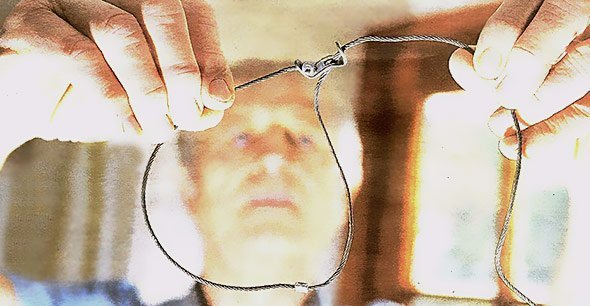 Owners of a cat caught and injured in a snare have added their voices to calls for the trapping method to be made illegal.

Mrs Scott called his name and eventually heard him howling. They discovered Freddie between a neighbour’s fence and a building, with what looked like metal sticking out of his body.

The Scotts eventually managed to reach Freddie and, unsure whether the wire had penetrated his flesh, rushed him to the vet who shaved away his fur in order to get at the snare and remove it safely.

Mr Scott has reported the incident to the National Anti-Snaring Campaign which collects evidence of incidents and is lobbying for the total abolition of the use of snares and traps.

He said he had been horrified to discover on the campaign’s website that the type of ‘free-running’ snare which trapped Freddie is not illegal, as it did not have a locking device. In theory the snare should have relaxed once Freddie stopped struggling.

Mr Scott said: “I’ve got a lot of sympathy for farmers and landowners but I think snares are always cruel because of the way they kill and maim.

“I would like landowners to realise the consequences of setting these things – most of the animals they catch aren’t the target ones. If the person who set this snare reads about what happened, hopefully they will stop.”

Ann and Chris Dunham, of Spratts Green, near Aylsham, found their dead cat Marmalade hanging from a snare near their home in 2009 and collected 1,000 names on a petition calling for them to be banned.

Mrs Dunham said she had every sympathy with the Scotts but felt it would be an uphill struggle to get snares outlawed.

She added: “As well as the petition I wrote to Defra and contacted the police – but it all eventually faded away.”

A spokesperson for the RSPCA said: “In addition to the suffering caused to the foxes and rabbits for which the snares are usually set, the RSPCA frequently gets reports of cats, dogs, badgers and deer being caught and injured in snares.

“RSPCA inspectorate surveys show that only a third of the animals caught in snares were actually the species intended to be caught and the RSPCA would like to see snares banned completely.”