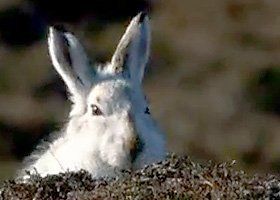 Two men have been charged with laying snares to trap rare mountain hares on a Highland estate.

Kevin Begg, 45, and David Taylor, 64, are alleged to have used 24 snares to trap the white hare on Lochindorb Estate at Grantown-on-Spey on April 19.

At the time of the alleged offence the estate was owned by Alistair Laing, chairman of the Game and Wildlife Conservation Trust. Mr Laing has since sold the estate on.

The pair allegedly used the traps at land near Loch an t-Sidhien and also near the B9007 road, both on the estate.

The elusive mountain hare is Britain’s only native hare and have been around since the Ice Age.

They change colour in winter, becoming white to camouflage themselves against the snow.

Their trial was set for three days, starting on March 28 next year, at Inverness Sheriff Court.