A CRIMINAL investigation has been launched following the discovery of illegal snares in a Scottish housing estate.

On Thursday, two snares were found along with two foxes caught in them – one of which was dead. 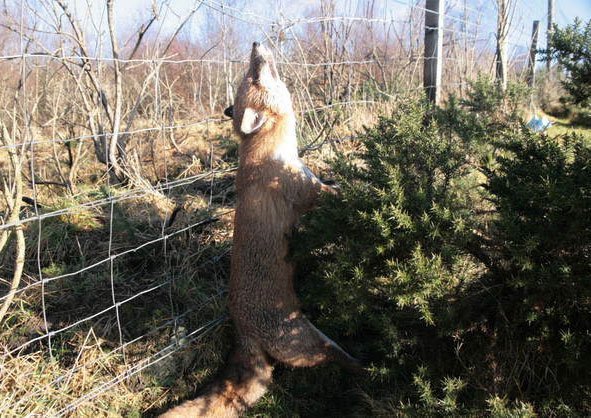 Police then investigated the scene on Saturday and recovered more.

Andy Christie, from the Hessilhead Wildlife Rescue Trust, was called out to the Beechwood Estate, in Bonhill, to rescue the foxes.

He said: “The snares were all within 100 yards of houses attached to a deer fence.

“We had a call about it and we sent somebody out there and they discovered one live fox, which was released, and one dead one, which had been strangled in the snare.

“The one that was alive was released, but unfortunately there was a lot of tissue damage to it. The dead one is going for post-mortem to let young vets see the damage that snares cause.”