AN animal welfare charity is investigating after a fox was caught in a snare, condemning it to a slow and painful death.

The animal, found by animal rights activist John Gill on the Park Plantation, Stanhope Estate, County Durham, had been snared next to a wire fence. 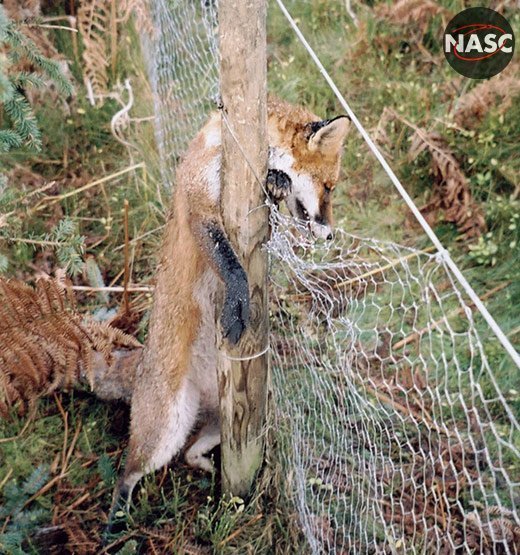 Mr Gill said the animal had torn down the chicken wire in its struggle and had gone over the top wire four times. It had also bitten through the fence post in its bid to get free.

He said: “I found the animal standing on both its hind legs with the snare around its neck.

“This meant the snare had not been able to tighten around its neck and the fox had been left to die hanging in the snare after what could only be a desperate struggle to escape.” 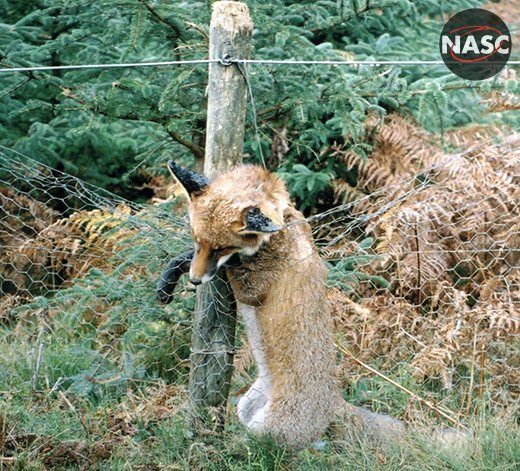 RSPCA Inspector Gavin Butterworth said wood chips were found in the animal’s throat during a post- mortem examination, which showed it died of exhaustion or strangulation.

He said: “It was a legal snare set legally, but not in compliance with guidelines set by the British Association for Shooting and Conservation.

“These state that snares should not be set against a fence for the obvious reason that the animal will become tangled up and suffer.”

Mr Butterworth also said there was no evidence the snare had not been checked daily, as required by law.

He said he thought he knew which gamekeeper had set it and would be advising him to made sure snares were set properly in the future.