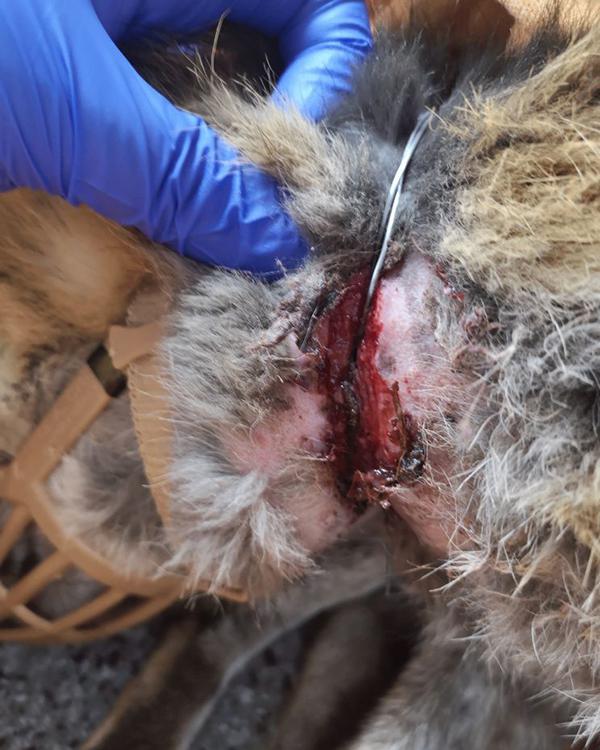 West Sussex Wildlife Protection received a call from a resident in Cove Road, Rustington who had seen a fox with a metal wire around its neck and blood, a spokesman Simon Wild said. A trap was set and a few days later (April 19), the vixen was caught.

He added: “The fox was taken to Grove Lodge Veterinary Practice in Worthing where a home made snare was removed from its neck.

“There is a significant neck wound, but is being treated and we hope the fox will pull through.”

Simon said: “We had a similar incident to this in Goring last year, but the distance and way the snare has been constructed makes me feel they are not connected.

“Someone, probably an over fussy gardener is committing an Animal Welfare Act offence and we have reported this to the police.

“We are calling on residents in and around Cove Road to be vigilant and report anything suspicious to us in confidence on 01243 825804.”