In December 2016 NASC travelled to Cardiff to give evidence on snaring to the Environment Committee of the Welsh parliament. Since then nothing has been done about snaring except promotion of a “code of practice.” 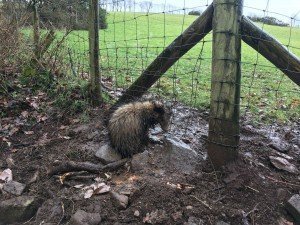 This badger’s suffering and death in March 2018 shows the Welsh parliament need to hang their heads in shame. The female badger died after being found heavily entangled in a snare and barbed wire. She was found in the Lampeter area and was believed to have been trapped for a few days.