The Fenn trap does not meet the AIHTS (Agreement on International Humane Trapping Standards)
requirement to kill humanely. It looked as though they would be banned, but as only the Stoat is
the only small mammal protected in the UK under AIHTS, pressure by BASC which has a “partnership
agreement” of common interest with Natural England has ensured it can continue – if not set for
stoats! 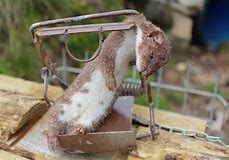 Things to point out:

The Fenn trap will no longer be manufactured
It cannot discriminate with stoats
If you find a Fenn trap that has caught a stoat report it to the police. Follow it up and report what
actions police take.
We will then be able to lobby DEFRA to show the STAO is not working.